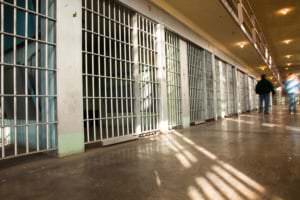 As temperatures rise again with the coming of summer, everyone in the country seeks cooler conditions. People in New York City famously flee the city for the suburban beach towns. Texans seek the water in every form, be it the Gulf, lakes, or rivers. And almost everyone is looking for an efficient way to cool their homes.

But prisoners don’t have the option to try to find cooler conditions. They don’t have the freedom to move, nor do they have control over their accommodations. While a certain loss of freedom is natural for prisoners, there are serious problems when the heat becomes extreme in prisons.

Evaporative coolers for prisons can make all the difference in efficiently and effectively heading off extreme heat to avoid the following problems.

The challenges of running a prison are reduced tremendously if aggression in the population can be controlled. Prisons use prescription medications, distractions, and other techniques to reduce the aggression inmates feel and express to their fellow inmates and correctional officers. Unfortunately, extreme heat can undermine these tactics – as the heat rises, aggression grows. This can lead to more dangerous incidents.

The problem of aggression is not just among the inmates. Correctional officers have to work under the same conditions, and when they feel the heat, they can needlessly escalate situations, also leading to trouble.

In addition to aggression, people are at increased risk of health problems in hot conditions. High heat conditions can lead to heat-related illnesses like heat exhaustion, heatstroke, and even death. These risks are higher as the prison population grows older and more medicated.

It’s not just the prisoners who are increasingly at risk. Correctional officers often have risk conditions for heat-related illness, including being overweight and having high blood pressure. 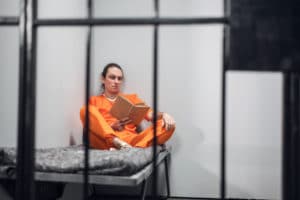 The US Constitution bans the use of “cruel and unusual punishments.” Increasingly, courts are deciding that this includes letting temperatures in a prison achieve dangerous levels.

As a result, many states are incorporating requirements that prisons have to provide some method of cooling in prisons, which could include evaporative coolers. Private prisons that cannot meet these requirements might be fined. They might even lose their contracts.

Because high heat conditions are unsafe and might even be considered a violation of prisoners’ constitutional rights, failure to control temperatures can lead to legal liability for a prison. Like excessive force from correctional officers and failure to provide proper medical care, high heat could expose prisons to lawsuits.

In a few states, prison operators are protected from lawsuits. In some states, liability is poorly defined, which means that a company might have to mount an expensive legal defense to determine the level of their protection. In other states, it is clear that prison operators can be held liable for failure to address safety issues like extreme heat.

Another legal area where extreme heat can cause problems is with workplace safety. As employers, prison contractors have a responsibility to practice due diligence in providing for the safety of employees. Since high heat levels endanger correctional officers as well as inmates, failure to keep a prison cool could lead to expensive worker’s compensation claims and OSHA-related penalties.

In some cases, this could be another avenue where a prison contractor might be sued for failure to provide safe conditions.

Avoid the Problems of Extreme Heat in Your Prison

Despite the increasing consensus that we should provide some degree of cooling in prisons, it’s not always easy to do. Old buildings and large, open spaces can make it impossible, or at least prohibitively expensive, to install air conditioning.

Want to learn how Portacool evaporative coolers can help your prison and its population keep their cool? Check out a local retailer or contact us directly today.