Based in Many, Louisiana – about 75 miles south of Shreveport – the Central Sabine Fire Department (CSFD) is the centrally located fire district within the three Sabine Parish districts. Serving just over 11,000 residents, this district is not your typical paid firefighter team. CSFD is an all-volunteer department providing public education, fire suppression, rescue, hazmat, EMS and dive services to its community.

Rotating up to 55 volunteers – many of whom also serve in paid firefighter positions within two hours of Central Sabine – the station houses three fire vehicles including a quint (L-12) ladder, a tanker (T-12) and rescue (R-1) truck. The department overall has 12 fire engines, 8 service tankers and two reserve engines, along with a hazmat and dive trailer. It also has access to a special mobile recovery cooling unit equipped with two large Portacool evaporative coolers* mounted on a 16-foot trailer with a water reservoir.

“From major incidents of two alarms or more, to community events and mass casualty trainings, we depend on the cooling from the Portacool trailer,” says Central Sabine Fire Department’s Chief Scott Gowen. “We were lucky to receive a grant from the community to purchase the coolers, and they’ve been a great asset.” 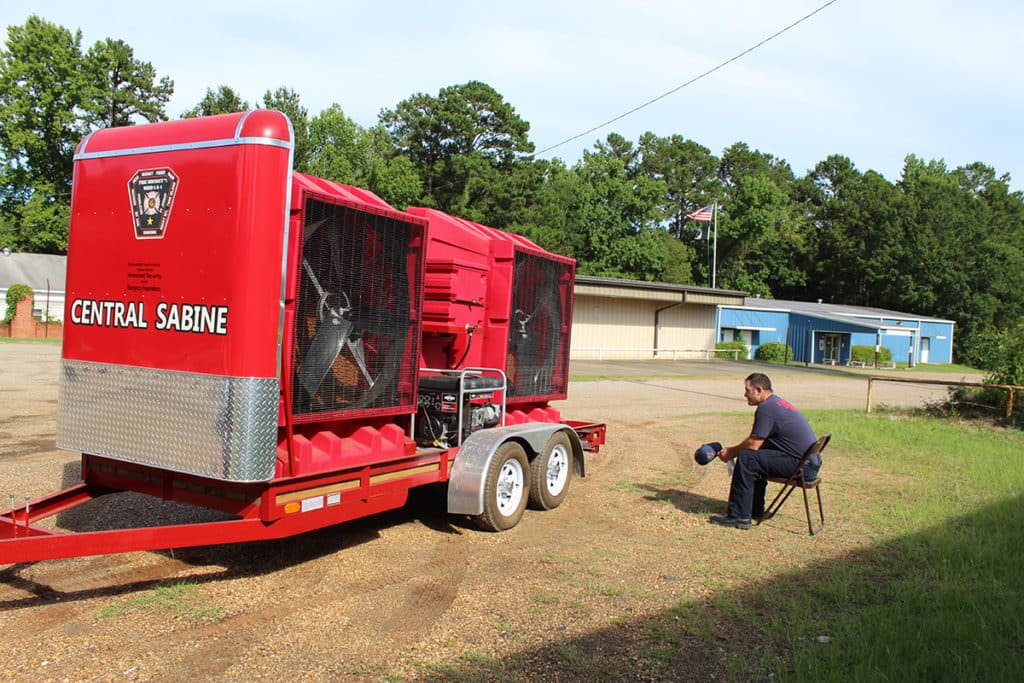 serious need, including to cool evacuation shelters during hurricane season and providing cooling for senior citizens when there have been power outages. The coolers also come in handy for more light-hearted uses, such as the annual parish fair where they create a cooling-zone for attendees.

“People may not believe that evaporative coolers can work in humid locations, but we know from personal experience that any cooling we can achieve is worthwhile,” Gowen said. “We’ll take a few degrees drop in temperature after fighting a fire in our heavy gear, or when our local community needs a way to keep cool in hot conditions.”