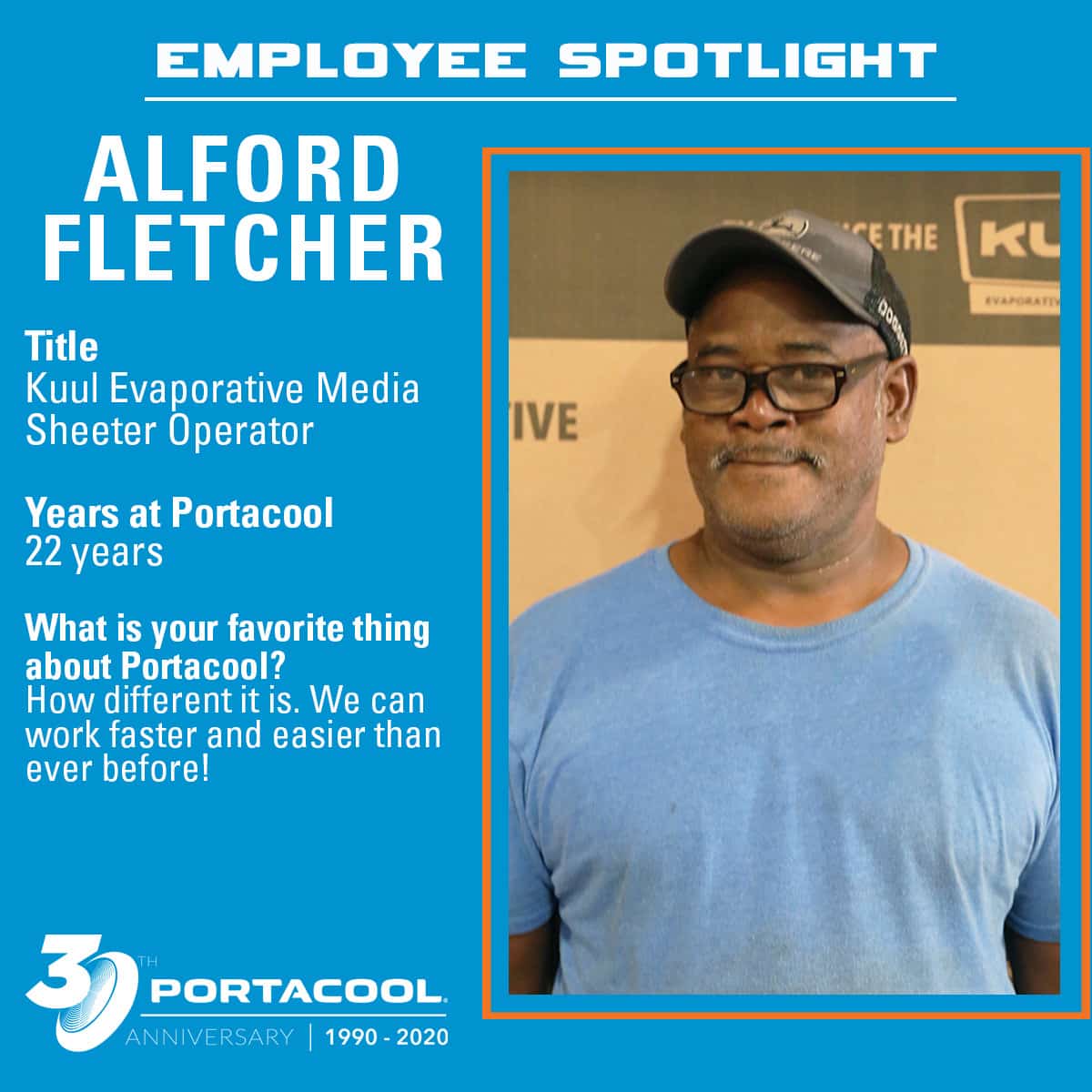 What initially drew you to Portacool? How did you first get involved with Portacool?I was working anther job and saw they were building the plant out here. It was closer to home, which was a good thing for me and my family. It was a great decision! I had to start on night shift, which I didn’t love, but after about three years I got moved to days and it has been good since!

What was Portacool like when you first started?
When I first started it was very different than it is now. We used to have to manually lay out the paper and now we have machines that do the hard work for us! There were not many people when I first started – maybe 10 or 12 where I worked – and now there are many more. We only had one line and now there are more than eight. We could get out MAYBE 100 pads a day. Today we get out more than 200 on the lines I work.