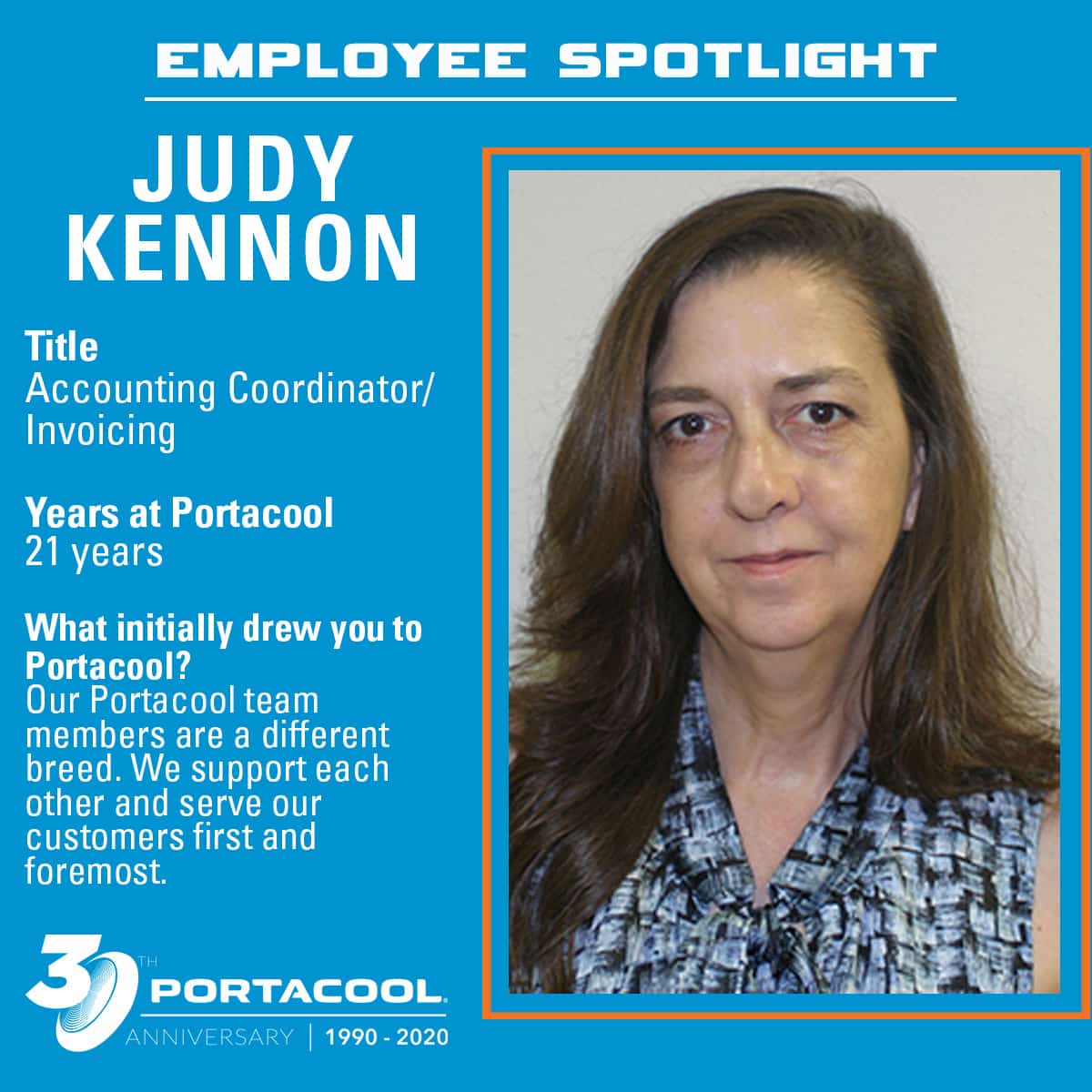 What initially drew you to Portacool? How did you first get involved?
I was first hired as Cash Receipts/Disbursements of General Shelters/Cambells/Portacool. Later when the companies split, I was offered and accepted a position as EDI coordinator with Portacool.

Our Portacool team members are a different breed. We support each other and serve our customers first and foremost. We know exactly where we are going.

What is your favorite memory from your time at Portacool so far?
Favorite memory? It’s hard to pick just one but when Mr. Wulf announced we were Family and our last name was Portacool, it showed how much the company cares for their employees. Recently, someone actually introduced me by saying, “Oh, she is one of those Portacool Ladies.”

From your perspective, what would you say are Portacool’s greatest accomplishments over the years?
We’ are always aiming for improvement. We transitioned from “pad” to media, adding a new media equipment line to improve the growth of the industrial market. I could not think of a better company to work for.