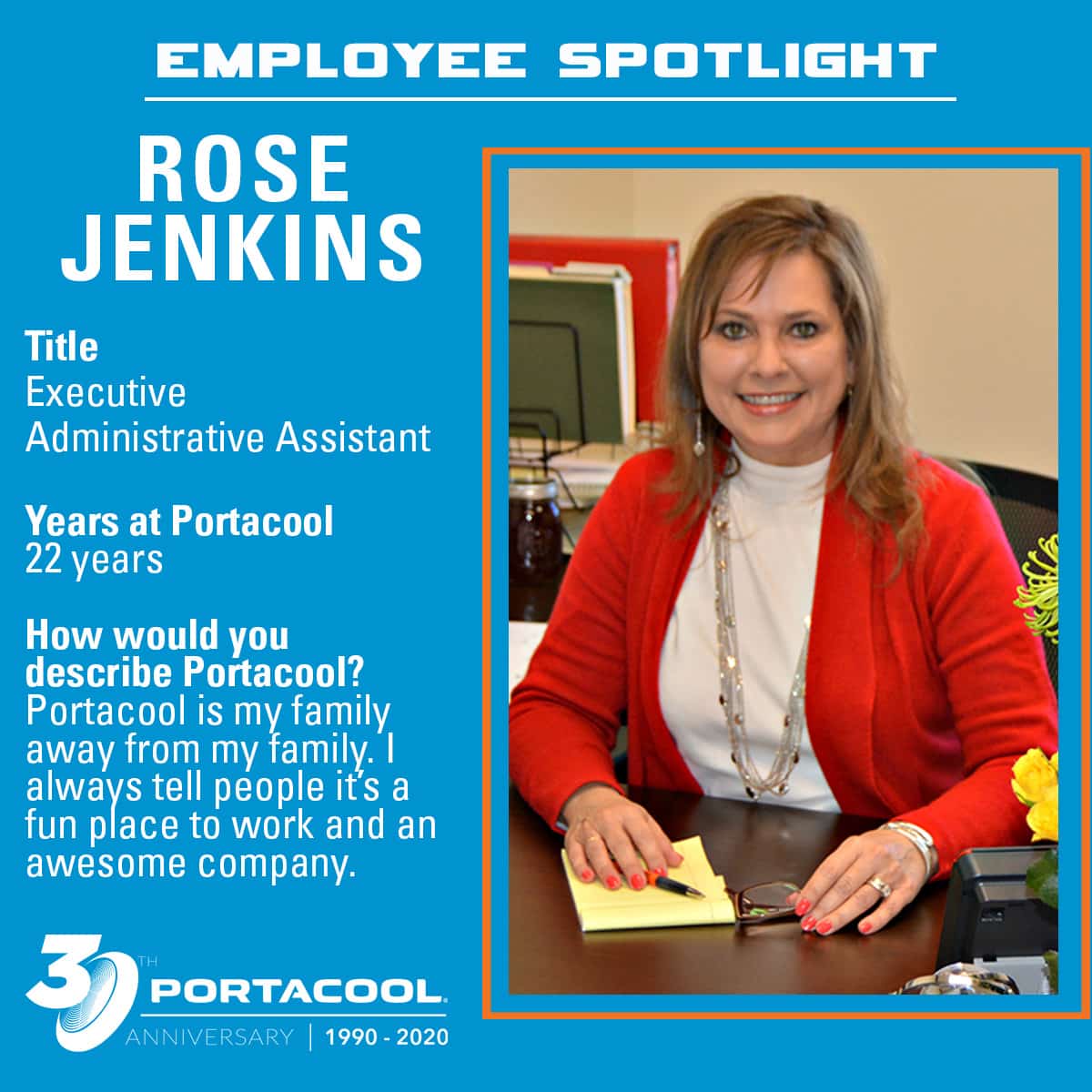 I’ve seen a lot in my 22 years with Portacool. When I started with the company in 1998 I was just looking to get my foot in the door. We had one- and two-person departments and I remember people questioning who would even buy a Portacool? I would’ve never imagined then growing to where we are now, but it’s been amazing. Nearly every year I’ve worked at Portacool we’ve seen growth. We’ve constantly been busy producing more, innovating and ensuring our culture remains strong. I watched the 100,000th Portacool portable evaporative cooler come off the line. When I started, we had a U.S. sales force and maybe a few distributors in Mexico – now we’re a global organization selling internationally. That makes me incredibly proud. But despite the growth and expansion, Portacool chooses to remain based in Center, Texas, and keeps culture as a key focus. We’re very big on culture here – you’re just part of the family. I’m thoroughly blessed to be here and work with the people at Portacool.

What is your favorite memory from your time at Portacool so far?
I have had so many fun memories during my time at Portacool. One that sticks out is the year we went to Biloxi, Mississippi, for our annual sales meeting. I got to arrange the dinners and we had one that was a 1960s theme. We had tie-dyed shirts, a disco ball, bandanas and props set up for a beetle car photo opp. Another special memory was the Fall Festival last year. All the employees, including their kids and families, gathered at Portacool Park and we grilled out, played bingo and had games. We always have a blast when we get together. I’ve made lasting relationships during my time at Portacool and just love the people here – I never get sick of them!

How would you describe Portacool?
Portacool is my family away from my family. I always tell people it’s a fun place to work and an awesome company. I’ve been here a long time but I’m still learning – it still feels fresh and fun after 22 years!