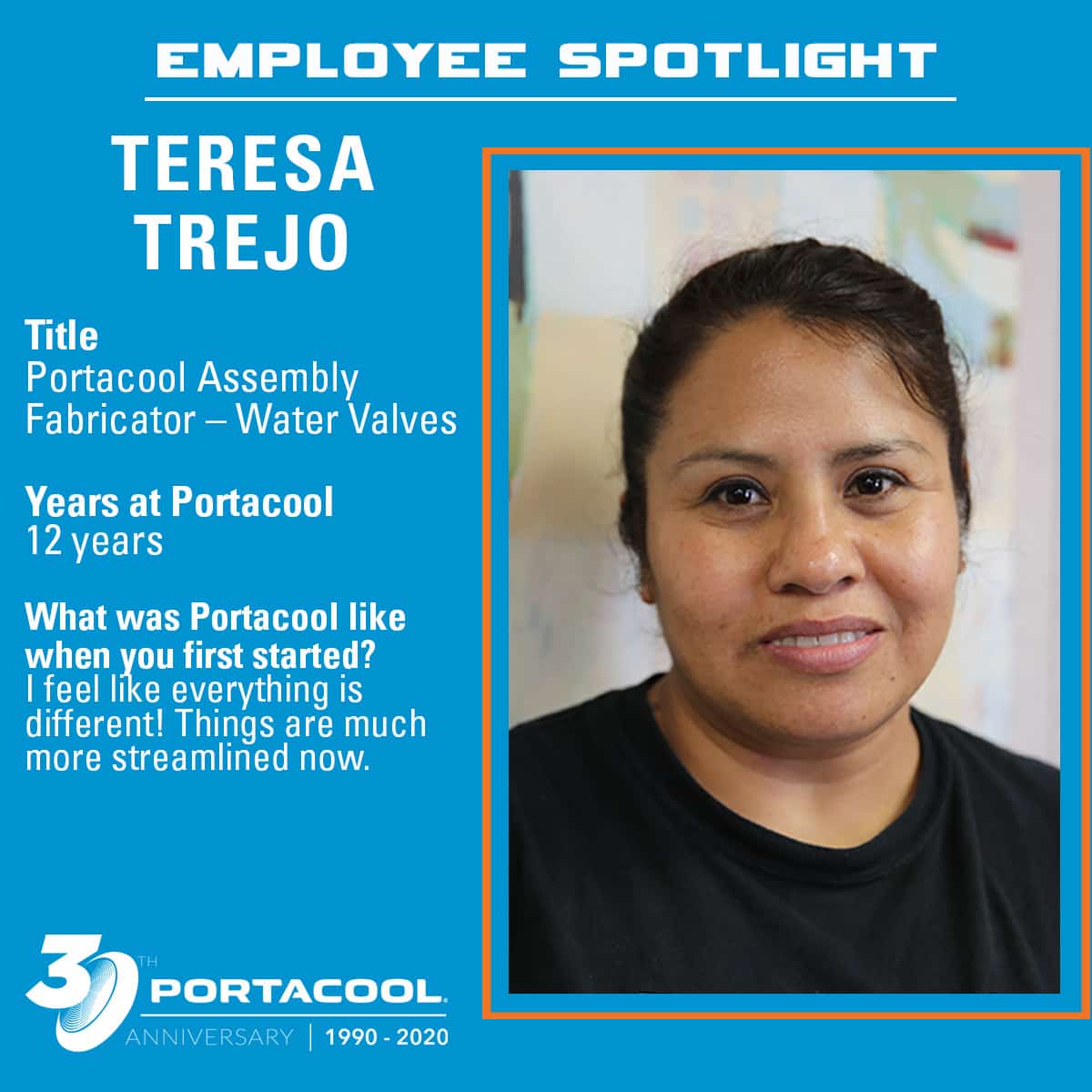 What was Portacool like when you first started?
I feel like everything is different! When I first started working, we only had one line to assemble products and, of course, they were the Portacool Classic products. There were maybe 25 people in Portacool assembly. During the summer we might have had a few more, but nothing like now. Now we have three full lines and a subassembly area, as well as more than 70 people this summer!

I feel like the products we are building now are a little easier to build. Many of the components come preassembled to us now. In the past we would have to build everything from scratch, which took time and meant more mistakes. Things are much more streamlined now.

What is your favorite thing about working at Portacool?
The hours are good for my family. During most of the year I work Monday through Thursday, which allows me to spend more time with my daughters, Suly, Janeth, Amy and Allison.

What is your favorite memory from your time at Portacool so far?
My favorite memory while working here was from a during a very hard time in my life. Nine years ago, I lost my daughter, Tania. The company and my coworkers were wonderful. They were there to comfort me, to make sure I had the things I need and to let me know they were thinking and praying for me. Many of them will never know how much that meant to me.