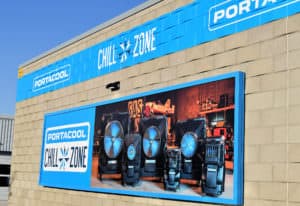 Portacool was out in full force during opening weekend and the Can-Am 500 Monster Energy NASCAR Cup Series Semi-Final Playoff Race at ISM Raceway in Phoenix, Arizona. To kick off the race weekend, Portacool executives and team members were among an exclusive group that got a sneak peek of the new INField on Thursday, November 8 before it opened to the public ahead of the Can-Am 500. 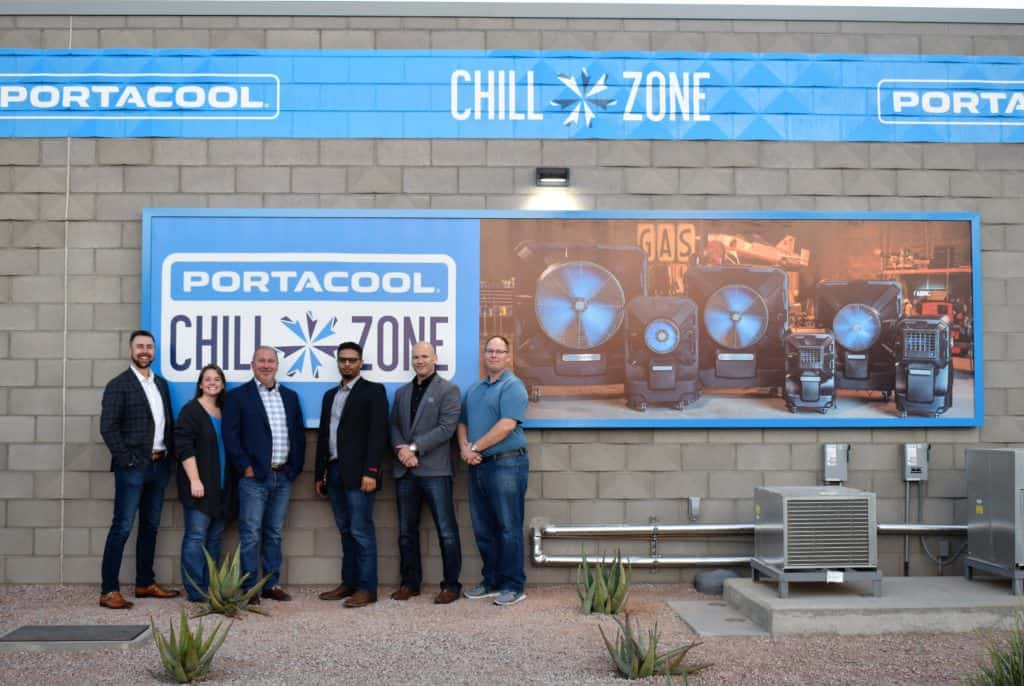 The Taste of the INfield took select fans, sponsors, and friends of the track on an experiential tour of the new amenities complete with a punch card and “menu” of offerings. The team took the guided menu tour through all the highlighted features of the INfield including CPR training from American Medical Response; drinks and hors d’oeuvres from the new Modern Margarita Tequila Bar and the Miller Lite Beer Garden; and additional stops that took attendees through the new open-air interactive garages and the Portacool Chill Zone, where guests received a branded Corkcicle tumbler to keep their drinks as cool as the Chill Zone. The final lap of the tour brought the VIPs to the Gatorade Victory Lane followed by a tour of the new Media Center, featuring glass walls for fan viewing of interviews and a great view of the repositioned start/finish line with a first-of-its-kind light up cactus flag stand that changes colors with the flags during the race. The night culminated with ISM Raceway representatives and the track president recognizing sponsors and making announcements about the $178 million modernization project. 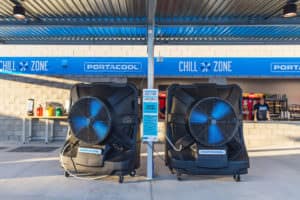 During opening weekend race fans filled the newly redeveloped ISM Raceway, and it became clear that the INField is THE place to be for an interactive race experience. The Portacool Chill Zone, complete with ample outdoor seating and a front-row view of the track, is equipped with 12 Portacool Jetstream 250s to keep race fans cool while they cheer on their favorite drivers. The concession stand, branded with bright Portacool blue, pops among the new INField amenities and brightens the view from the grandstand. It provides people with the perfect place to sit back, relax, and enjoy the race. 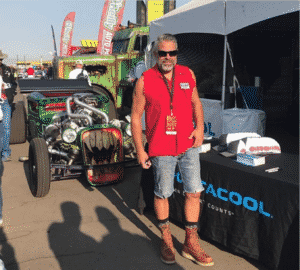 Grandstand seats for the Can-Am 500 Monster Energy NASCAR Cup Series on Sunday were sold out. Thousands of race fans explored the DC Solar Power Pavilion and INField in anticipation of the big race, with many ending up at the Portacool booth. Steve Darnell from WelderUp, as seen on Discovery Channel’s Vegas Rat Rods, was in the company booth with his tricked out car (The Joker) for a meet-and-greet autograph session and a limited-edition hat giveaway.

Portacool was thrilled to be a part of the NASCAR semi-final action at ISM!