Whether aviation is your job or your hobby, it means spending a lot of time in hangars. And in the summer, hangars get hot. Very hot. Most hangars are poorly insulated, and it only takes a little bit of sun and warm weather to make them uncomfortable to work in for most of the day.

Solutions like a hangar fan just move the hot air around. A fan mounted at the top of the hangar, such as a ceiling fan, just pushes the hottest air down to where you’re working or entertaining guests. Hangar air conditioning can be extremely expensive to install and run. There must be a better way to keep your hangar cool in the summer. 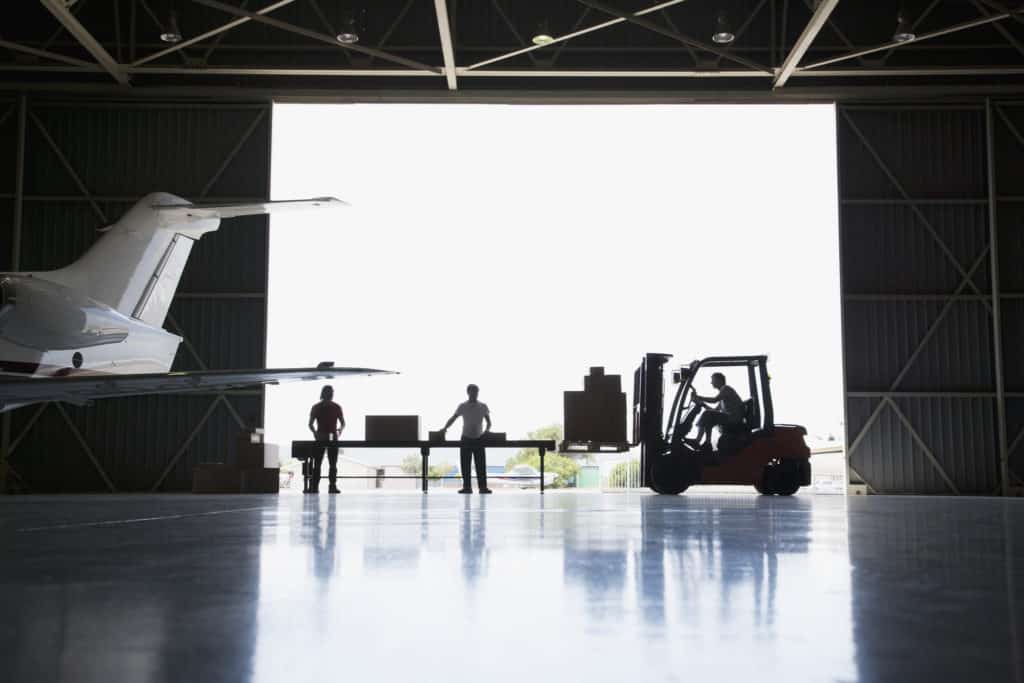 Working in hot conditions come with an increased risk of heat-related illnesses. The human body must shed the heat it generates when working, but once the temperature exceeds 75°F, the body’s ability to do this starts to decrease. By the time temperatures reach 95°F, only sweat helps the body cool down. Unfortunately, temperatures in the hangar can reach that mark all too frequently.

If the body can’t effectively release heat, its temperature starts to rise. When this happens, the body sends blood to the skin rather than to the brain, muscles, and other organs. This makes it hard to think and hard to work. If the body’s temperature continues to rise, heat cramps, exhaustion, heatstroke, or even a heart attack can follow.

It’s Hard to Be Productive in a Hot Hangar 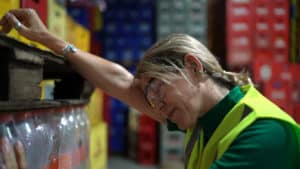 Mistakes also multiply as the heat rises. One study by NASA showed that workers make almost 12 times as many mistakes when the temperature is 95°F as they do when it’s 80°F. When people are working on airplanes, those mistakes don’t just cost time and money – they can be the difference between life and death.

In addition to these factors, people are recommended to take more breaks in hot weather. OSHA recommendations state that people working in extreme heat should rest for 45 minutes or more out of every working hour.

Hot Hangars Are Not Popular Hangars

One of the things that makes aviation such a great lifestyle is the community fellowship. Getting to meet airplane enthusiasts from around the country or the world who stop at your hangar is half the fun of being involved in aviation. For commercial hangars, this is even more important, as hangar fees are your lifeblood revenue.

Unfortunately, when your hangar gets hot, it becomes unpopular. Airplanes give people maximum freedom in their choice of airfields. If your hangars are uncomfortable to visit or work in, people won’t visit your hangar, and locals will search for another airstrip to house their planes.

Benefits of an Evaporative Cooler for Your Hangar

Knowing that a hot hangar is a problem, you might first decide on an aircraft hangar fan. A fan does provide some benefit. By increasing circulation, it can improve the effectiveness of sweat to aid cooling. And when the outside air is cooler than inside, a fan can bring in cool air. However, if the outside air is not cooler, a fan simply blows around hot air. Sometimes, an aircraft hangar fan can make the hangar feel hotter because it draws down hot air accumulating at the top of the building.

A better alternative is an evaporative cooler. An evaporative cooler works best when it’s drawing in hot air. This hot air evaporates water contained in the evaporative media, cooling itself dramatically. Then the cool air is pushed out. Evaporative coolers achieve dramatic cooling in one step and don’t rely as much on a gradual reduction in temperature. This makes them perfect for cooling a large open space like a hangar.

Some people worry that an evaporative cooler will lead to corrosion of airplane parts, but this isn’t true. The Air Force and Army have been using evaporative coolers to cool hangars for decades. You can also check out stories of hangar operators who rely on Portacool. 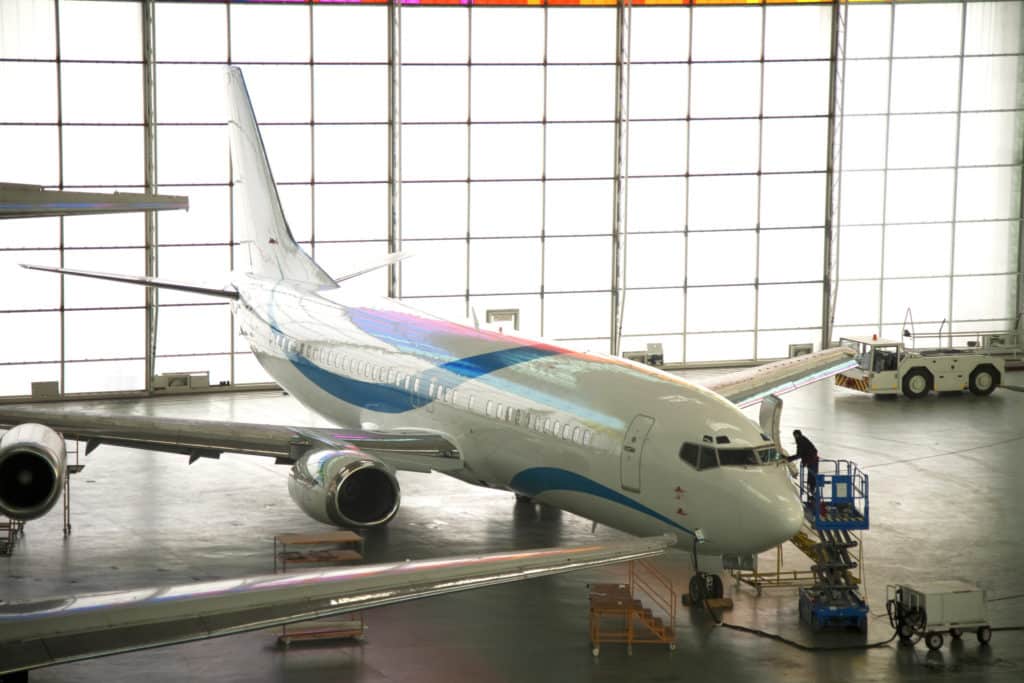 Benefits of Cooling Your Hangar with an Evaporative Cooler

Choosing an evaporative cooler for your aircraft hangar offers many benefits, including:

With these benefits, it’s clear that an evaporative cooler is a great choice for your hangar.

If you’ve decided to get an evaporative cooler, there are many good reasons to choose Portacool. We have decades of experience: we’ve been making portable evaporative coolers since 1990. In that time, our products have won over a large, enthusiastic fan base. We now have distributors in all 50 states and 56 countries around the world.

Despite our worldwide distribution network, Portacool evaporative coolers are all made in the USA at our Center, Texas manufacturing facility. In addition, we use the only evaporative media made in the USA. Our subsidiary, Kuul, makes these with 100% materials sourced in the USA.

Customer service is also a big part of our success. We have built up our following in part because we offer best-in-class:

We also strive to head off any problems with a tailored direct service plan for your Portacool. This plan is customized to your needs, and it will help keep your cooler working for years to come.

Find the Perfect Portacool Hangar Cooler for You

We offer a wide range of models to make sure every customer gets the exact Portacool unit that meets their needs. Here are some of the coolers that are popular for people in aviation:

Step up the cooling game with the Portacool Jetstream™ 250. This mid-range evaporative cooler is perfect for keeping your small spaces cool. User-friendly features include easy-roll casters, cord wrap and streamlined maintenance.

Make It Cooler in Your Hangar

If summer months in your hangar are just about unbearable, it’s time to make a change. Find a local retailer to get a Portacool portable evaporative cooler now, or contact us for more information.