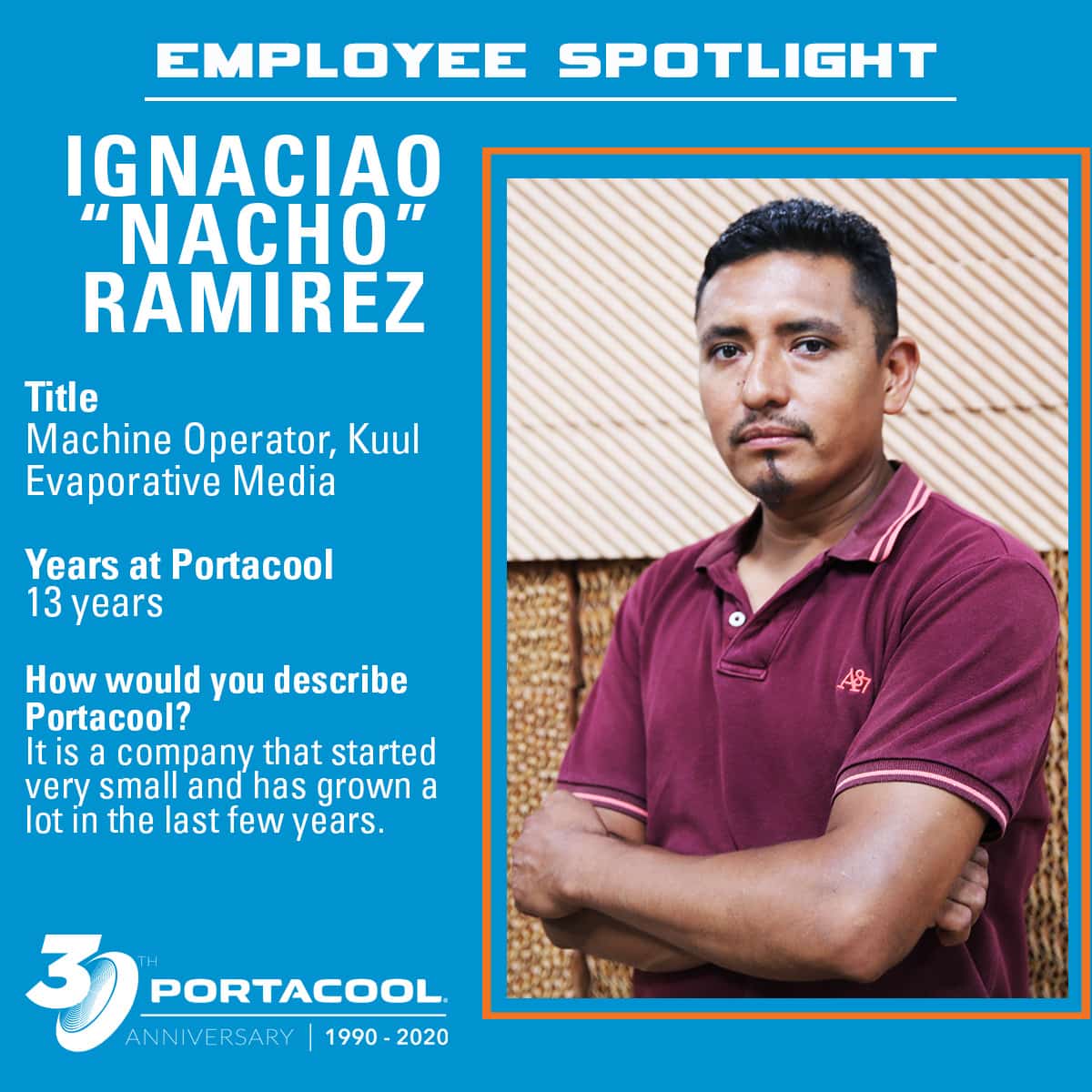 What is your favorite memory from your time at Portacool so far?
When the company first started, sometimes things would get slow. We would fulfill all of our product orders and when we were caught up, the owners would let several of us go out to one of their farms. It was always such a good time!

How would you describe Portacool?
It is a company that started very small and has grown a lot in the last few years. The benefits have gotten better and overall it is a good place for all of the employees to work.