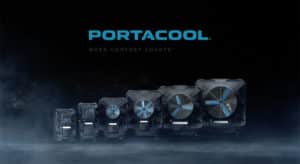 From a small, family-owned business with a handful of workers, to a company with a workforce of more than 370 employees, Portacool has built a reputation for being a company with world-class customer service and proud history of excellence. So how did Portacool become a leader in evaporative cooling technologies? Well, the truth is, we always have been. Let’s take a walk down memory lane and check out some of our biggest accomplishments! 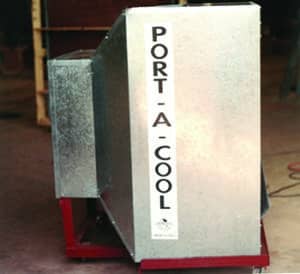 General Shelters of Texas, a portable building manufacturing business founded by James Campbell and Fred Wulf, was growing but was also changing rapidly. In 1990, the two men, along with James’ son, Rick Campbell, were looking to grow the portfolio of products General Shelters produced. They landed on an ingenious idea for a portable evaporative cooler. The original Portacool models were metal, but by 1992 they had shifted to a lighter fiberglass housing. 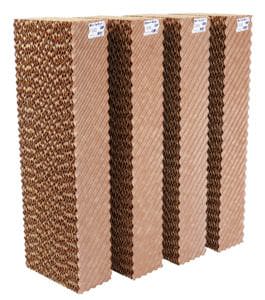 Up to this point, the evaporative media utilized in the coolers was purchased from another company. Portacool had experienced supply issues, and it was decided that it was time to start working on the development of Portacool’s very own rigid evaporative media. The massive undertaking was ambiguously named ‘Project X.’ It took a year to get the evaporative media right, but once achieved, production never slowed down. 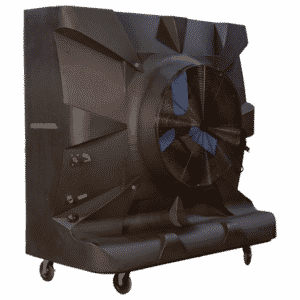 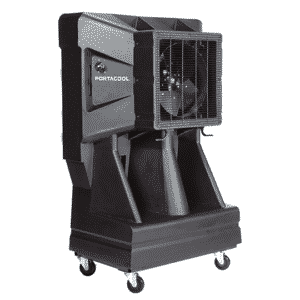 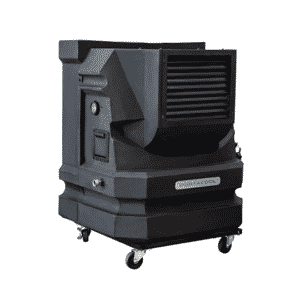 Seeing the spot cooling needs for different environments, Portacool continued to innovate and expand product offerings. Classic models, like VTs (vertical tanks) and Hurricane models started the notion that one size may not fit all. The Cyclone series offered a specific focus on residential patios and garages. Then came the Jetstream series products, which were perfectly fitted for industrial and automotive uses. The company has even focused on specialty markets with products such as the Hazardous Location evaporative coolers, which are ETL certified and intrinsically safe for environments where combustibles are a concern. The expanded range of sizes in addition to product feature innovations through the years allows customers to custom-fit their evaporative cooler to their environment – whether industrial, commercial, retail, or residential.

2020 – Portacool continues to lead the industry in evaporative cooling technology

Present-day and Portacool is still forging full steam ahead. We’ve released new product innovations both in our Kuul evaporative media lines and Portacool portable evaporative cooler products. As the go-to source for effective cooling, we’ve expanded our distribution globally and our world-class customer service has adapted to provide even more seamless service. We remain proud to be headquartered in Texas and our products are still made in the USA, ensuring rapid delivery and high-quality customer service. 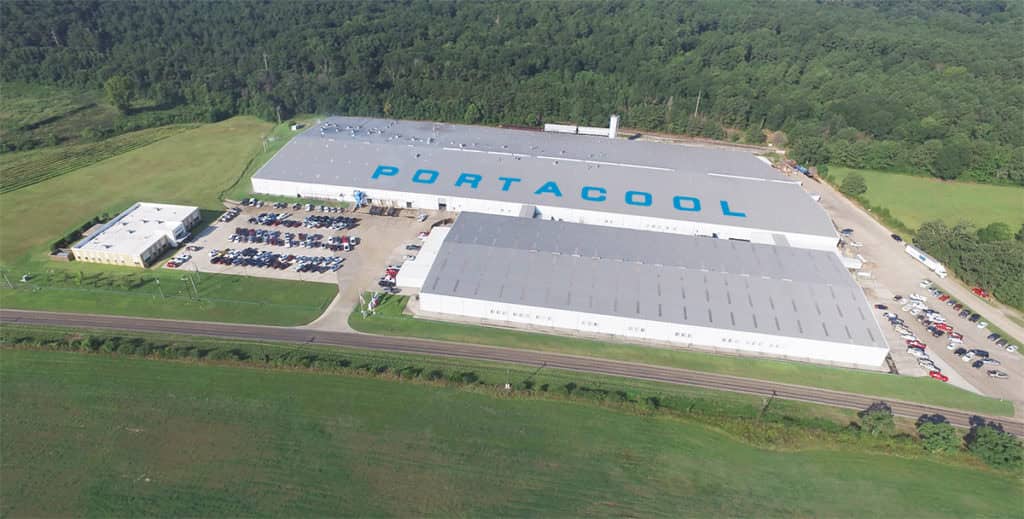 You may ask what’s on the horizon for the next 30 years? Well, you can expect the same innovation and leadership that Portacool has demonstrated over the last few decades. We look forward to continually building a strong network of distributors, expanding our worldwide market, and designing and manufacturing the most effective and efficient cooling solutions.